What rank is University of Edinburgh?

The University of Edinburgh is one of Scotland’s „Ancient” Universities and was first established in 1582.

Ranked 22nd in the world (QS, 2021) and located in one of the most beautiful, historic cities in the UK, it is a member of the elite Russell Group of research-intensive British universities  and currently teaches 35,300 students.

Bachelor’s degrees take four years to complete and, in line with the other Ancients, graduates  in the arts, humanities and social sciences are traditionally  granted an MA  on completing their course (this is not a postgraduate degree). A postgraduate Master’s degree takes 12 months.

What is University of Edinburgh famous for?

Eighteen of the subjects taught at the University of Edinburgh are ranked in the Top Ten in the UK. It is renowned for its teaching in:

Note, however, that courses such as law and veterinary medicine are highly subscribed and not easy to get into, while Scandinavian studies, Classics and English literature are significantly less competitive.

Is University of Edinburgh hard to get into?

The offer rate is approximately 50.98 per cent, whereas the acceptance rate is 13.94 per cent. Naturally, this varies from course to course and department to department, across the 500 undergraduate programmes. Until recently, there was a cap on the number of Scots and EU students accepted by the university, since neither category of applicant paid tuition fees. This is unlikely to be the case, post-Brexit, when EU students who have not signed up for the Settlement or Pre-Settlement Scheme will have to cover their course fees, without the financial assistance of the Scottish government.

Apply to University of Edinburgh

Does The University of Edinburgh offer exchange programmes?

The university has close links with over 300 partners in 40 countries and offers exchange programmes for students of the Arts, Humanities, Science, Engineering and Social Sciences. Most exchanges are timetabled for the third year of studies.

Is The University of Edinburgh a campus university?

Yes, Edinburgh has five campuses across the city, which are linked by a shuttle bus service. The main library is open 24/7 and you will be able to join one of 260 societies and 60 sports clubs, as well as enjoy the splendours of Scotland’s capital. Edinburgh’s Festival is well known all across the globe, and has been the launching pad for many careers in comedy, music and theatre. Edinburgh is home to Scotland’s National Museum and National Gallery and the splendid Royal Botanic Gardens.

The Royal Mile, a famous street which cuts through the old town, links Edinburgh Castle, planted on a volcanic rock, with the Palace of Holyrood House, where Mary Queen of Scots lived in the 16th century, while winding staircases and tall tenements give glimpses of a hidden Edinburgh and its cobbled closes.

Students at the University of Edinburgh will soon come to appreciate Sir Walter Scott’s description of the city: „Piled deep and massy, close and high; Mine own romantic town”  – and feedback from students at the university invariably echoes their love of Edinburgh and the amazing surroundings in which they lived, worked and studied. Given its outstanding academic reputation and world-class research – which has attracted the third largest endowment after Oxford and Cambridge – it is not surprising that the University of Edinburgh earned the title of „The Athens of the North”.

How do I find accommodation in Scotland?

Once you have received  and accepted the offer of a place, you apply for halls of residence through www.myed.ed.ac.uk – specifying what you are looking for: a single or shared room, catered or self-catering accommodation etc. The office opens in March.

The deadline for applications for accommodation is 16 August and you are guaranteed a place if:

What kind of accommodation is available at University of Edinburgh halls of residence?

You can apply for a single room, a shared room or a five-person flat.

En suite facilities and shared facilities are available. The size of the bedrooms is reflected in the price, so a standard single room with shared facilities is cheaper than a large single with en-suite facilities. All the halls of residence have Wi-Fi, a coin-operated laundry, a life team which offers support on the premises, fortnightly cleaning of the shared areas, security and communal areas where you can socialise with other students.

How much does the accommodation cost?

Yes, you can apply to share a twin room with a friend.

Does the university provide family accommodation? 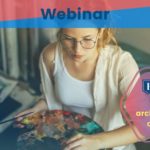 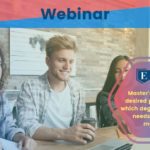 Webinar master’s degree vs. desired professions – which degrees meet the needs of the job market?

Follow Your American Dream – From Sports Scholarships to Ivy League 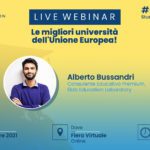 The best universities in the European Union – Elab Education Expo 2021 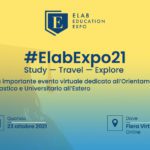 Alumni of the University of Edinburgh

To do justice to the topic, this blog would have to run on for literally dozens and dozens of pages. Suffice it to say that the University of Edinburgh has produced prime ministers, chancellors, heads of state, writers, scientists, philosophers, actors, Olympians and inventors – as well as 19 Nobel Prize winners. If this subject interests you, refer to Google, and get ready to sit back , marvel, and spend a good hour reading through a list of names.

I've heard that the University of Edinburgh Medical School is excellent, is it easy to get a place?

Some 9-10 per cent of international applicants are offered a place, and under 5 per cent, or lower, end up being admitted. You will need outstanding grades in Chemistry, Mathematics, Biology etc. to be considered and may have to sit an interview – presumably via Skype etc.

This highly competitive process is understandable when you consider that, for 150 years, Edinburgh’s Medical School was the best in the English-speaking world and is 1st in the UK for its research. Graduates from here founded five of the seven Ivy League medical schools and made groundbreaking discoveries, such as:

If you are likely to do extremely well in your secondary school exams and have set your heart on studying medicine at one of the finest medical schools in the world, then the University of Edinburgh is an excellent choice.

I would like to apply to the University of Edinburgh. What shall I do next?

Contact Elab and let our consultants and mentors work with you to produce a outstanding application to this highly-ranked, prestigious university.

Get Ready To High School

Learn more about our educational programs and...
Schedule a call with an expert