Why study in Milan?

Situated in the North of Italy, in the Po Basin, Milan is the second largest city in the country, with a population of 3.4 million in greater Milan itself. The capital of Lombardy, is a prosperous city and the financial centre of the country – although, in popular legend, it is probably best known for its role in fashion, since Armani, Versace, Gabbana, Missoni, Moschino and Prada all have their wonderful ateliers here. Milan is one of the richest cities in Europe, and has made a huge contribution to Italy’s economy and culture over the years. Its art galleries, famous La Scala opera house, and San Siro stadium draw thousands of visitors every year, to wander through Milan’s many galleries, marvel at its palaces, scream for its football teams, gaze at the stunning Gothic Duomo cathedral – which can hold 20,000 worshippers – and to stand in awe in front of  Leonardo da Vinci’s Last Supper. While Milan is known for its heritage and rich history, and the Baroque architecture it has preserved, the city is also at the forefront of the sector of design. Innovation and creativity are the hallmarks of fashion, furniture design, architecture, advertising and interior design in this buzzing city, which has carved out a name for itself in these fields, as well as communication, photography and film making. Milan is the home of Italy’s private television network and attracts technological innovators and media specialists from all over the globe. Its dynamic economy is supported by a highly efficient transport system, involving trams, trains, major roads networks, buses, subways and two international airports. International student satisfaction rates, when assessing their university experience in Milan, are sky-high, and former and current students alike warmly recommend doing a degree in Milan.

Of the 14 universities located in Milan, five are ranked in the 2023 QS World University Rankings:

Of course, while rankings can give you some kind of general idea of the standing of the university, you need to bear in mind that there are huge differences between ranking systems – some of which focus mainly on research output, while others look at teaching outcomes etc. – and, most importantly, that the overall rank does not reflect the highest subject rankings. To take one example, Bocconi University is ranked 879, whereas the Financial Times recently ranked the School of management’s MBA programme 13th in the world, and the 2023 QS listings ranked its business and management program 6th, globally.

You need to consider what you wish to study rather than simply decide to apply to a university which comes in the top of one or other table. In addition, remember that while there is broad agreement on global rankings by subject, placings can differ slightly, so engineering can be ranked 11th or 20th – but this nevertheless offers you an idea of the standing of the course.

When it comes to Milan, the highest subject rankings are as follows:

Of course, choosing a university is not just a matter of sifting through long lists of its courses. Some individuals like small student communities, while others revel in huge campuses, with their diverse student bodies and virtually small-town environment. You might be looking for a long-established or a modern university, and the following table will compare five of the highest-ranked institutions in Milan, and give you a general idea of what they offer.

Many students who decide to come to Milan are attracted by its creative and artistic possibilities, and three of the best known design colleges are:

As you can see, Milan is an academic hub in Italy and provides hundreds of options for international students, whether they are looking for a strictly creative and career-orientated degree, to study medicine or to become part of the next generation of aerospace engineers, pushing forward the boundaries of knowledge. Milan is a wonderful city to live in, and one which will inspire and enrich your curiosity, interests and future plans.

If you would like to know more, call or email Elab, and one of our experienced consultants will guide you towards choosing the best university, for you, in Milan. Elab has two offices in Italy – Rome and Milan – and we are well-placed to give you all the information you may need about practical matters, such as the cost of living, accommodation, tuition fees, visa requirements etc.  Get in touch and we can start preparing your applications to universities in Milan. 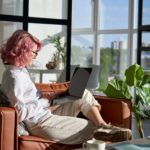 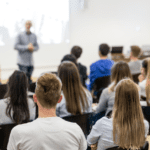 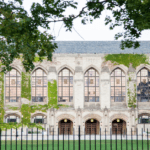