Oxford or Cambridge – where shall I apply?

Oxford and Cambridge University are commonly referred to as Oxbridge.

A brief scan of the world rankings tables over the past few decades will show you that these two highly prestigious, ancient and renowned universities tend to swap places, with Oxford being placed one slot above Cambridge one year, and below it the following year.

This might lead you to believe that there are no differences between these excellent universities – but that is not the case. And, beware – you may only apply to Oxford or Cambridge University, not both, in a given year, so before you fill in your UCAS form, you will have to make a choice where to study.

Oxford and Cambridge: an overview

When deciding where to apply, the most important criterion is the course. First of all, you cannot assume that each university offers the same courses, or that their emphasis and areas of interest are identical. Secondly, location is also very important. After all, you will be living in Oxford or Cambridge for a period of time and making it your home, so you need to consider what kind of environment you will happy in for three or four years. Oxford is a lively, bustling, partly industrialised city, and the university is part of the whole jigsaw. On the other hand, Cambridge, a smaller more relaxed city, and the university dominates it. Although their populations do not differ greatly, with Oxford having 155,000 inhabitants (and 25,000 students) and Cambridge 124,000 (with 21,500 students), the two towns do not share the same climate. Additionally, Cambridge is located in the fenlands and thus has a distinctive misty, foggy climate since it is only some six metres above sea level and, being flat, is more windy, whereas Oxford is situated among the rolling hills and villages of the Cotswolds.

History in a nutshell

Founded in 1096, Oxford is strikingly beautiful, and has a visual uniformity because the buildings are made out of local Headington stone. Cambridge is equally breathtaking and was founded in 1209 by dons who decided to leave Oxford when riots broke out and the tension between townsfolk and academics turned violent. Over the next 900 years both institutions grew to the point where they now boast 36 and 31 colleges respectively, with Cambridge being the bastion of single-sex colleges  – Newham College, Lucy Cavendish and Murray Edwards – while every other college at both universities is mixed. Although Cambridge continues to have its police force of 20-30 constables – who are called bulldogs – generally more traditional Oxford disbanded their university police force in 2003. It is worth noting that both cities are safe. When it comes to the cost of living, be aware that Oxford is currently the seventh most expensive university in Britain, while Cambridge is ranked 38th. One other difference lies in the fact that Oxford has an admission rate of 14.25 percent, and Cambridge accepts 21.9 percent of its applicants. 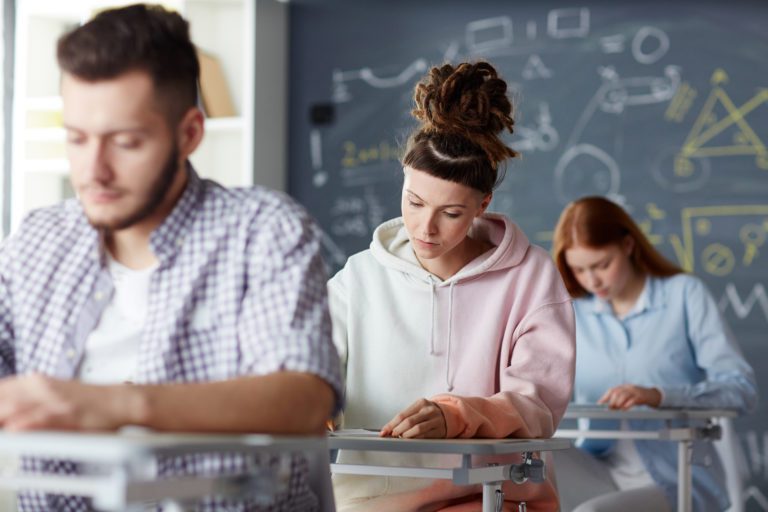 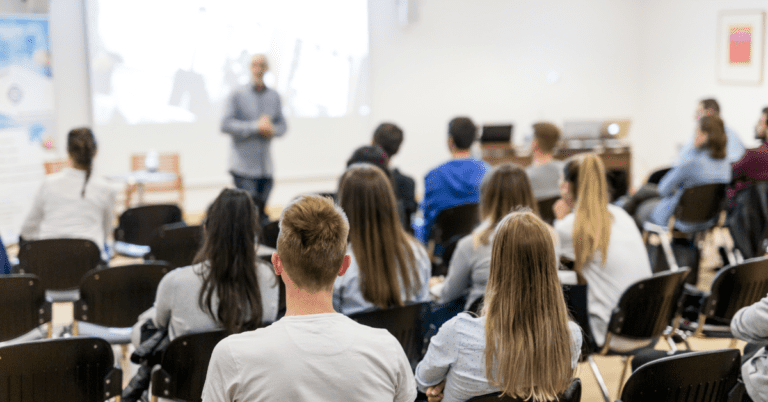 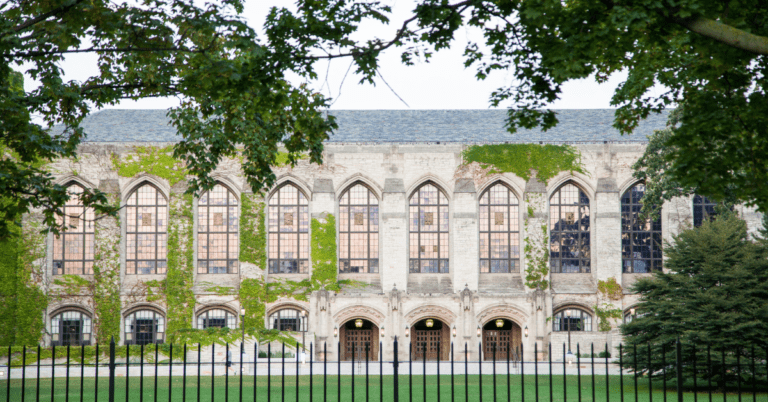 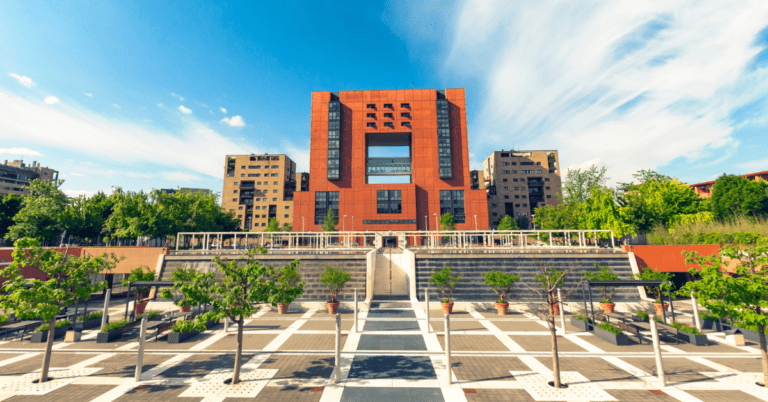 Choosing a course at Oxford and Cambridge

The QS subject rankings for 2021 demonstrate that both Oxford and Cambridge University excel in 44 and 43 subjects out of a possible 48, respectively. Cambridge is rated first in the world for Anatomy and Physiology, while Oxford leads the global rankings in Anthropology and English Language and Literature. What is more, both universities score extremely highly in:

The following table illustrates which subjects are not taught across both universities:

In addition, course content can differ significantly, with Oxford’s English literature course starting from 650AD, and Cambridge starting with works from 1066 onwards. If you already know which period you are interested in, this will indicate where to apply.

The Times (2021) ranks Oxford above Cambridge University for social sciences, business and economics, and ranks Cambridge above Oxford for life and physical sciences. When it comes to law, Cambridge is 1st in the UK rankings, while Oxford is 3rd, whereas Oxford is 4th for medicine, according to the latest Guardian listings, and Cambridge is in 6th place. Cambridge still carries out full-body dissections on its medicine course, whereas Oxford does not. Nevertheless, as you can see, we are talking about extremely small margins between the respective subject rankings of Oxford and Cambridge University, since both universities offer outstanding academic teaching across every department.

Similarly, while Oxford does not offer a broad course in Natural Sciences, it does run a range of individual science courses, which means that you have to specialise when you are applying. Cambridge, in contrast, expects students on its Natural Sciences course to specialise in the second year, once they have followed a wide range of biological and physical science courses , and further specialise, should they wish to, in the third year.

As a general rule, do not be guided by course titles, but ensure you read through all the modules at both universities, and compare their areas and emphasis, irrespective of the course which you are applying to study.

Teaching methods at Oxford and Cambridge – do they differ?

Both Oxford and Cambridge University have a collegiate structure, and believe in personalised teaching. Departments are responsible for the core teaching, course content, exams and awarding degrees while colleges offer pastoral support, libraries, IT and organise teaching in small groups, known as tutorials in Oxford and supervisions in Cambridge. Tutorials normally run weekly and students are given work to prepare in advance, often essays or problems to solve.

Assessment practices vary slightly between Oxford and Cambridge, with Oxford assessing progress in Year 1 and Year 3, and classifying success according to final exam results, while Cambridge assesses students at the end of each year and classification takes into account exam results across every year.

Oxford’s undergraduate courses normally last for four years, and you leave with a Master’s in the subject which you studied, for example MEarth Sciences or MPhys. In contrast, Cambridge undergraduate degrees take three years and, if you do an additional year and study for a Master’s, you will leave with a MSc, for example, which does not specify the course you studied.

How do I apply to Oxford or Cambridge University?

Applications to Oxford or Cambridge University are processed through the UK’s centralised admissions system, UCAS. However, the normal deadlines do not apply to Oxbridge, since you will have to submit your application form online by 6pm on 15 October.

These are the steps you will generally need to follow:

Both Oxford and Cambridge University expect applicants for law to sit the national entry, the LNAT. You need to be aware that you could be asked to sit more than one entrance exam.

These can be divided into tests which you sit before the interview:

and those which are termed „in-interview assessments”:

To conclude, this list is not exhaustive, since a number of Cambridge colleges may ask you to sit an at-interview assessment in other subjects.

Study at Oxford or Cambridge University

Check out how Elab can help you with your application!
Contact us

How do I prepare for interview at Oxford or Cambridge University?

Firstly, you must go back to the Personal Statement you submitted, and make sure you are aware of what you said, since you may be questioned on its content.

Secondly, read widely around the subject you wish to study, stay up to date with any controversies and new theories in the field.

What is more, be positive, enthusiastic and do not be afraid of expressing yourself. The interviewers could well end up being your future tutors, and they want to see evidence of your commitment to the course.

Both Oxford and Cambridge University admissions tutors want to discover how you think and process information. You may be given a problem to solve or a piece of text to discuss. After that, take your time, think out loud if that helps you and do not assume that there is a right or wrong answer. It’s the journey not the destination which interests interviewers.

I would like to apply to Oxford or Cambridge University, what is the next step?

Applying for a place at these outstanding universities is a marathon and not a sprint, and the earlier you begin preparing your application, the better. Most importantly, Elab is here to help with every aspect of the application process, from comparing courses, colleges and entry requirements, through to the all-important Personal Statement, the entrance exam preparation and essay writing.

So, call or email us, here at Elab. As a result, we will offer individual support as well as our highly successful Oxbridge programme, which consists of diagnostics, a series of workshops and entrance exam preparation. What is more, 85 percent of our applicants have been invited to an interview, and 30 percent have gone on to take up a place at Oxford or Cambridge University. 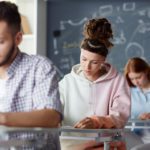