London School of Economics - An introduction

Informally known world-wide as LSE, the London School of Economics and Political Science is a public research university, situated in Houghton Street, right in the heart of London, between Holborn and Covent Garden.

Founded in 1895 by members of the Fabian Society, it is a specialist university, which focusses on the social sciences, politics, law and economics, and is a constituent college of the University of London.

LSE’s research output is highly rated globally, while it is ranked third in the UK for academic excellence. London School of Economics has the second highest input of international students of all world universities, with over 70 per cent of its students coming from outside the UK.

You can take an undergraduate degree, a Master’s or do your PhD here although, be warned, it is not easy to  secure a place.

Perhaps surprisingly, very few people realise that it is more difficult to get into LSE than it is to study at Oxford and Cambridge with, on average, 21,000 people applying for 1,600 places.

Thus, London School of Economics has an acceptance rate of some 8 per cent, whereas Oxford takes 15 per cent and Cambridge accepts 18.4 per cent of those who apply. Certain courses are, however, more popular than others and consequently more difficult to get into:

Study in the UK at LSE

How is LSE organised?

There are around 12,000 students at LSE, made up of approximately 5,000 undergraduates and 7,000 postgraduates. The university is divided into 27 departments or institutes and is among the best resourced universities in the UK, boasting the world’s largest specialised library on social sciences.

LSE offers 140 MSc, 5 MPA, 30 BSc,4 BA, and 1 LLB degrees. In addition, it teaches the alternative to the MBA, the Executive Global Master’s in Management, which is rated 3rd best Executive MBA in the world, in collaboration with HEC Paris and NYU Stern School of Business.

Undergraduates are expected to take a module outside their field of specialism in their first and second years and inter-disciplinary work is encouraged.

To get accepted onto a Master’s course, you will need a First or a 2:1 from a reputable university, but competition for a place is fierce, with the MSc in Financial Mathematics, for example, accepting an extremely low 4 per cent of applicants.

MBA in USA or Europe

Is London School of Economics influential?

LSE‘s alumni include leading politicians and public figures, so it is not surprising that the university is both influential and has close relationships with the British corridors of power, including the Bank of England, Whitehall and Parliament.

To take one recent example, London School of Economics successfully fought against the introduction of ID cards in 2006.

The university is heavily involved in government consultations and policy-making bodies, such as the Independent Police Commission, the Migratory Advisory Committee, the London Finance Commission, and played a major role in evaluating the architecture for London’s 2012 Olympics.

LSE students have a reputation for being among the most politically active groups in the UK. LSE Institute of Global Affairs is made up of seven research centres and is ranked as the second most influential think-tank in the world, after that of Harvard. The London School of Economics is a valuable asset in any CV.

Does LSE work in partnership with other international universities?

Yes. Its partners include:

Do not miss our next webinars! 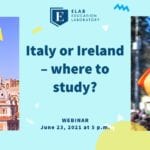 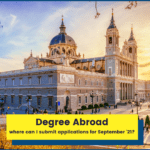 Degree abroad – where can I still submit applications for September ’21?

LSE students can gain double and joint degrees, take part in exchange programmes and do a Dual Master’s, thanks to these partnerships.

London School of Economics will guarantee all first year students who put LSE down as their first choice accommodation in one of its 11 centrally-located halls of residence.

The university has 4,000 places on its books, ranging from catered to self-catering accommodation. All the halls are mixed in terms of gender, housing both postgraduates  and undergraduates, and have many facilities which encourage students to socialise, since they will form your first hub for making friends.

LSE is famous for its extensive program of public lectures and many of the leading figures from the academic, political and business spheres have spoken here, including:

In normal times, as well as running LSE Festival, the university organises up to 200 public lectures every year.

London School of Economics also has over 200 societies and 40 sports clubs and, of course, students are a stone’s throw away from the West End – and all that central London promises and delivers. You will never be bored or wonder how to spend your leisure time if you enrol at LSE and make your home in one of the world’s great capital cities.

Studying in London is an extraordinary and rich experience.

LSE has produced 18 Nobel laureates in law, history, anthropology and economics. It has shaped more billionaires than any other university, and taught 53 future heads of state, and dozens of hedge fund managers, bankers and economists.

The famous liberal economist Friedrich von Hayek lectured at London School of Economics and fell out spectacularly with John Maynard Keynes, over the best way of recovering from the Great Depression and the degree to which the state should be involved in the economy.

Von Hayek, often referred to as the 20th century’s  foremost defender of liberty, went on to win a joint Nobel Prize in Economic Sciences. His legacy lives on in the cutting-edge research being carried out at the institution to which he devoted 19 years of his life – the inimitable London School of Economics and Political Science.

I would like to apply to LSE, what is the next step?

The most importan element in applying to this prestigious university is getting good grades, so now is the time to work hard and ensure that you meet the LSE‘s academic requirements.

Elab is here to help you prepare your application, and to ensure that your Personal Statement, a key part of the documentation, stands out from the crowd and reflects your talents, interests and potential.

Call or email us, here at Elab, and we will give you up to date information on courses, fees, visa requirements, accommodation and LSE‘s scholarships. Let’s work together to  prepare you for studying at the London School of Economics .

Get Ready To High School

Learn more about our educational programs and...
Schedule a call with an expert