Studies in the USA – Ivy League 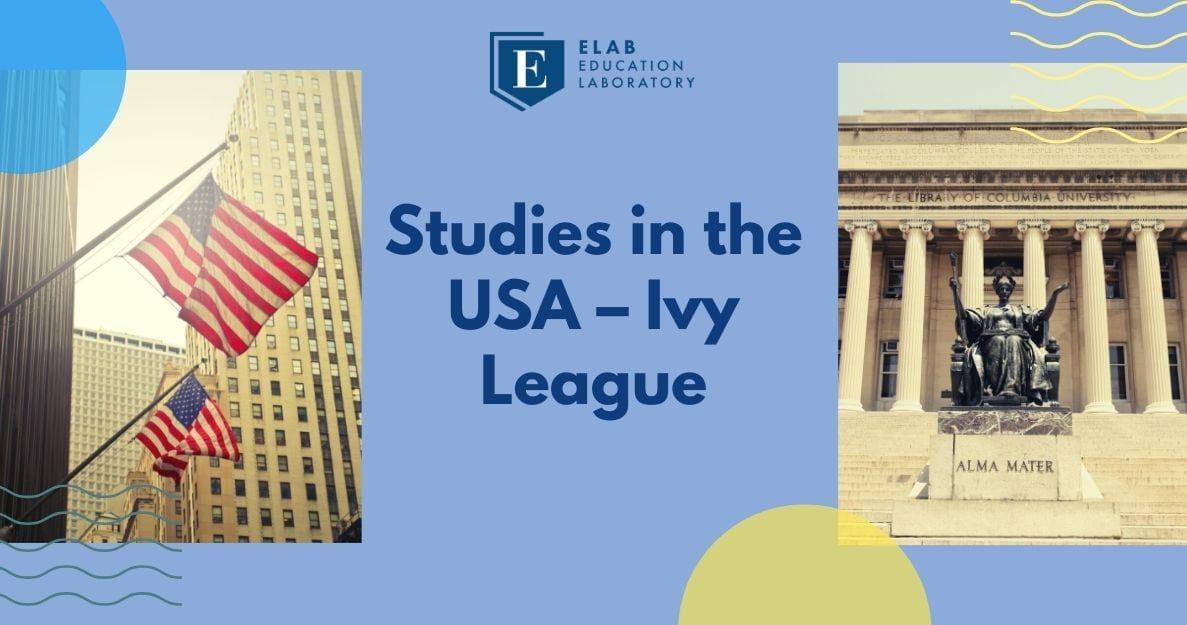 Studies in the USA – Ivy League

What will you learn during the webinar?

How to get to the Ivy League while a high school graduate in Poland?
When to start preparing, what are the recruitment deadlines?
What do you need and what exams do you need to pass before you can apply?

You’ll find out all this in our free webinar!
Sign up: https://elab.clickmeeting.com/studia-w-usa-ivy-league/register

American Ivy League universities have an extensive range of studies. It should be noted, however, that in the case of undergraduate studies, it is applied to selected universities and not to specific courses. After two years of study, during which you take part in classes in different fields, you choose a major, that is, the main field of study. You can also complete up to three additional minor directions. This form of study allows you to detect interests during the first two years and choose the best option to suit your needs and interests.

Sign up for the free Studios webinar in the USA – Ivy League: https://elab.clickmeeting.com/studia-w-usa-ivy-league/register
We’ll remind you of the upcoming event!

Who will lead the Ivy League webinar in the USA?

The webinar will be led by our Consultants – Lila and Justyna. The event will also be attended by a mentor, a graduate of one of the prestigious Ivy League universities.

Lila Nguyen is a graduate of Union College, one of 200 liberal arts colleges in the United States. She graduated with a bachelor’s degree in psychology, with a second faculties (so-called minor) in bioengineering. For a year she worked as a research assistant in the department of neuroscience at the University of Washington in Seattle. Interested in Nerd movies, blogs and books about psychology, mindfulness, and the clash of different cultures. In Elaba, she works as a consultant for foreign studies in the USA.

Justyna Koszarna is a graduate of sinology at the University of Warsaw and the University of Foreign Languages in Beijing. For the last dozen years she has lived in China and later in the United States. Her professional experience is related to the educational industry. Among other things, she worked as an English teacher at a Chinese high school in Beijing, then as a Chinese teacher in high school and at a university in the United States. In Elaba, Justyna is mainly involved in supporting applications for universities in the USA. She is passionate about foreign languages and travel.

Download a ticket for a free webinar about elite Ivy League