Studies in the Netherlands, Austria and the UK 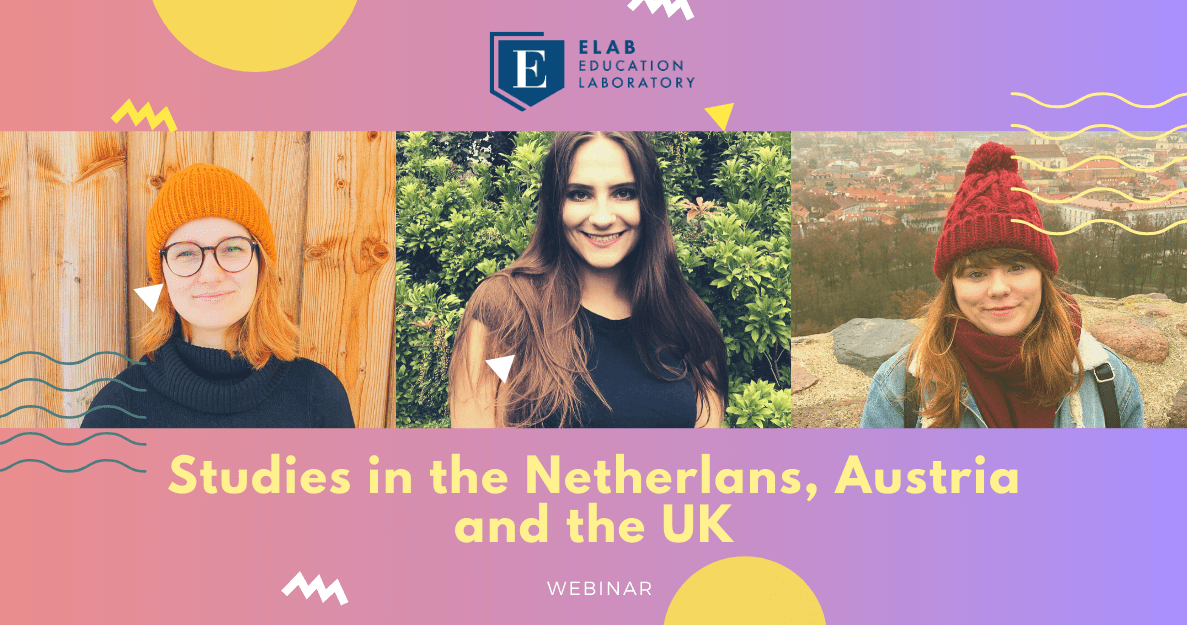 Studies in the Netherlands, Austria and the UK

Studies in English are  available not only in English-speaking countries. Many Polish high school graduates use this option, and there is plenty to choose from!

We invite you to a webinar with students and graduates of universities in the Netherlands, Austria and Great Britain.

You can go to study abroad with the Polish high school diploma. Some colleges require a certificate of English proficiency, but there are also many universities that accept candidates from Poland based on the result of the extended English Matura exam.

During the webinar you will find out what the requirements and dates of recruitment are, what about the financing of studies and where they are free, and what impressions from studying in the Netherlands, Austria and Great Britain our speakers have.

Who are they?
Justyna Pusiarska – A graduate of Business Management at King’s College of London. Currently a student of MSc International Management (CEMS), WU Vienna School of Economics and Business. Earlier, she graduated from the Social High School in Żary, she comes from a small town in western Poland. She applied for studies with the Polish high school diploma, and learned English at school. Extremely satisfied with the choice of a British university, the system of conducting classes, and life itself in London. At King’s College she belonged to the Women in Finance and Doctor Who Society associations. In love with British pop culture, she loves TV series, movies and books.
In her spare time she plays tennis and watches Borussia Dortmund matches.

Kasia Michalska – She has graduated from Rotterdam School of Management in Rotterdam and from Viadrina University in Frankfurt (Oder). However, she began her adventure with studies from Polish-German law. In Elab, she supports applications mainly for universities in the United States. In her free time she likes to read about space, learn languages ​​and play sports.

Nikol Tomar – Elab consultant, specialising mainly in applications for medical studies in Europe. Co-creator of the “Get Ready to High School” diagnostic program. A graduate of the University of Warsaw and London UCL, specialising in Russian language, culture and politics. Privately, she is interested in languages, she is currently learning the sixth language, which is Turkish.