Art courses in The USA, Scotland and Denmark 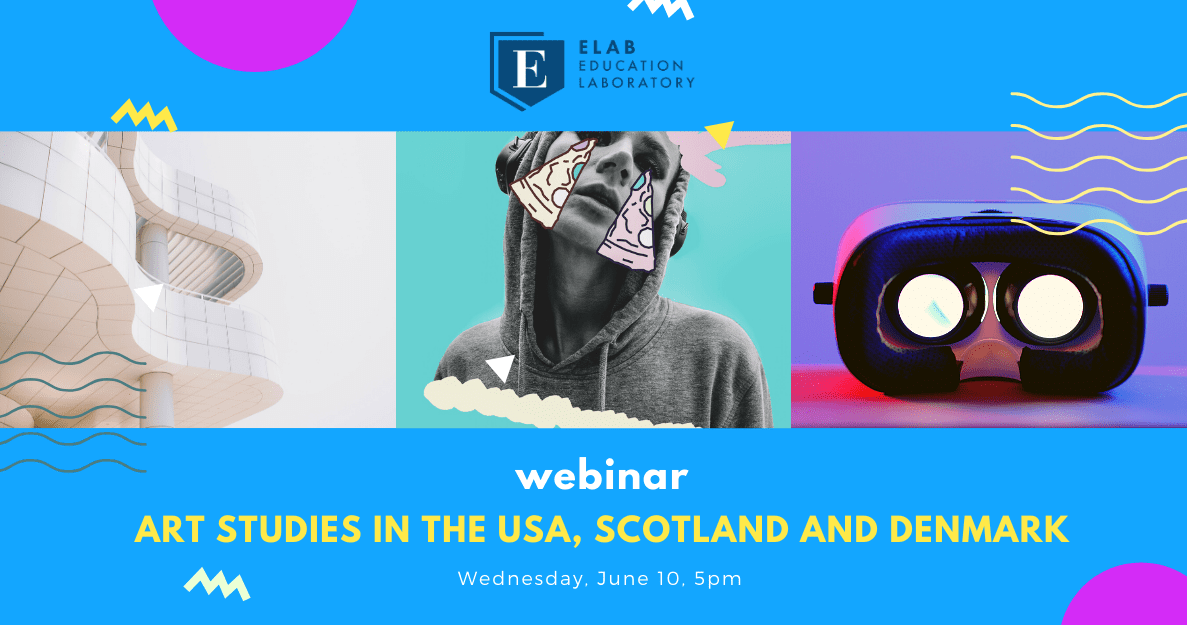 Art studies – what do they look like and what exactly are they? Are such studies a good choice? Where did the belief that artistic majors do not give a chance to quickly find a good and interesting job come from?

Most likely from a misunderstanding of the idea of ​​artistic studies and an impractical teaching system in Poland.

Well, how is it with work after artistic studies at a foreign university? This is one of the topics of our webinar!

The event will be attended by students and graduates of one of the best universities in the world.

Agata Pochwała – at Elab, she deals with applications for art studies, including architecture, design, as well as film and music studies. A graduate of English philology at the University of Grenada. She also studied at University College London and the University of California, Irvine.
She graduated from the annual Foreign Policy Studies at the Polish Institute of International Affairs. She was an intern at the Polish Film Institute and the Theater Institute. She has taught English at the Film High School in Warsaw, and also done some translating. She is interested in scriptwriting, theater and literature. She loves skiing.

Klaudia Szczepanowska – A student at VIA University College in Aarhus on the Architectural Technology and Construction Management program. Over the semester, also a student of the Warsaw University of Technology majoring in Architecture during the Erasmus exchange. Graduate of the 6th High School with bilingual departments named after Jan Kochanowski in Radom with an extension in mathematics, physics, geography and English. She has gained professional experience in the Danish office of Bjerg Arkitektur with a branch in Warsaw. Currently associated with the Danish architectural office Bjarke Ingels Group as Constructing Architect Assistant.

Klementyna Bohdanowicz – Klementyna is currently a student of Liberal Arts at The New School in New York and King’s College London. Previously, she also attended the New York University, Tandon School of Engineering, getting a year later at the NYU Tisch Clive Davis Institute of Recorded Music with a partial scholarship. Living between New York and London, Klementyna works outside the school as a singer-songwriter, performing in the iconic clubs in New York, and also develops her passion for Music Entrepreneurship by working with 3 friends from NYU on an app aimed at people in creative industries. Clementine is also the founder of the project, FEMILY, aimed at supporting young women in redefining social media success.

Agatka Bielak – is 19 years old and is studying Film and Media at Queen Margaret University in Edinburgh since 2019, currently moving to the second year. On Elab Instagram you can find a set of featured stories that she ran some time ago. She talks there about both the field of study and the university itself.

Tickets are not available as this event has passed.
+ Google Calendar+ iCal Export

Elab Education Laboratory, and certain approved third parties, use functional, analytical and tracking cookies (or similar technologies) to understand your event preferences and provide you with a customised experience. By closing this banner or by continuing to use elabedu.eu, you agree. For more information please review our cookie policy. OkNoCookie Policy